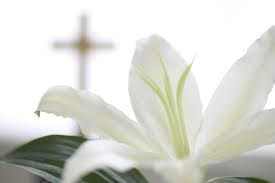 The 5th Sunday of Lent. Easter is upon us. And today, as Maggie and I step into our tiny neighborhood church for Mass, the organist, as she does around this time every year, plays a montage from the album Jesus Christ Superstar (c. 1970), a rock opera with music by Andrew Lloyd Webber and lyrics by Tim Rice.

Depending on your age, you may or may not have heard this amazing work. If you haven’t, do yourself a favor. Check it out. Easter season is the perfect time.

The opera is loosely based on the final week of the life of Jesus Christ, and is told (sung) from the standpoint of Judas Iscariot, one of Christ’s chosen twelve apostles and the one who betrays Him with a kiss in the Garden of Gethsemane. 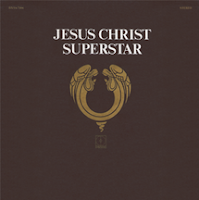 Judas’s actions, according to scripture, led directly to Christ’s crucifixion. Now, every Christian on the planet knows that Jesus died on the cross for the salvation of Mankind. Moreover, according to The Bible, it was the primary reason for his existence here on Earth, eclipsing his role as Messiah, and that of setting the foundation for the Christian faith. Saving Man was his specific reason for being here. So, as I do every year around this time, put on the opera and revisit Judas’s role in the saga, debating with myself as to his fate.

I believe that had the death of Christ occurred earlier, within the realm of The Old Testament, I’m guessing Judas may not have been given the opportunity to hang himself, should the decision to betray Christ had been of his own Free Will. In The Old Testament, God reigned as an angry and vindictive god, and probably would have drowned him, or fire-bombed him from the sky. That’s just my opinion, of course, but that’s how I see the difference between the Old and New Testaments.

But since the New Testament was the overarching guide at the time, it tells us that Judas hangs himself in remorse for his betrayal of the Son of God. It reports that he betrayed Christ in a deliberate and premeditated act for thirty pieces of silver and did so of his own Free Will; Free Will being the gift from God that allows Man (or Woman) to make their own decisions in this world. But in spite of the assertion that Free Will was in full effect, and that God knew of Judas’s scheme but did not “direct” him in his role, there are some who see Judas as a pawn in the sacrifice of Christ, simply because Christ’s destiny was to die for the sins of Man, suggesting that God, in effect, needed a fall guy.

If one takes Judas’s act of betrayal as one of Free Will, one can understand why he would burn in Hell; and I did for the longest time, until the advent of this opera which put an entirely different spin on the episode for me. If Christ’s purpose here was as a sacrifice for the sins of Man, one could assume that the role Judas played in the crucifixion of the Son of God was preordained, and therefore, could not have been an act of Free Will, thus letting Judas off the hook. But Judas hung himself afterward, before Christ died for our sins; so if he died before he could have been forgiven, did he indeed descend into Hell? Moreover, suicide is a sin worthy of Hell’s fire, so given that, there are now two reasons why Judas would burn.

However, if Judas was simply the catalyst in the grand scheme of Man’s salvation, if he was part of the machinery that was set in motion to save us sinners, would God not have considered that and treated him as such? Thereby allowing that Judas’s act of betrayal was part of the master plan—and forgiven him?

Maybe. But what about his suicide? Was that part of the design? Or was the decision to hang himself solely a result of Free Will on Judas’s part? Thereby condemning him to Hell, anyway?

In the opera, as in The Bible, Jesus prays in Gethsemane, doubtful and troubled at his role in God’s plan to save Mankind.

“My Father, if it be possible, let this cup pass from me…”

This suggests that Christ’s sacrifice had been preplanned by a higher authority, and if Christ had no say in it, how could Judas?


Something to think about next time you’re in church.

Harlequin’s re-release of Chain of Evidence.