The Marketing of a Writer


I've never been comfortable talking about myself; blowing my own horn, or any of those self-promoting things I hear one must do to become a much read author. I suppose it's because of the “lessons” my ol' man drummed into me when I was a kid:

“Don’t be a showboat!”
“Stop talkin’ about yourself!”
“Nobody likes a blowhard!”

Yep. That was my ol’ man.
But now I find that those self-serving behaviors are necessary since self-promotion is required to market an author’s novel. So in order to market my work, I must rebel against the mandates of my father and convince you that you'll marry your high school heart-throb, get the job of your dreams, move into a big house in the country, and that your life will change ever for the better—if, and only if, you spend your hard-earned money on my new novel, Chain of Evidence.

"Yes Ladies and Gents, step right up for the cure to what ails ya! This book cures neuritis and neuralgia, insomnia and narcolepsy, iron-poor-blood and hardening of the arteries. It cures thinning hair, wakes you up if you’re drowsy and lulls you to sleep if you’re not. That’s right friends and neighbors, it’s the wonder-book of the 21st Century. Don’t miss out! Get your copy today! Don't be shy! That's it, step right up!"
​
Literary snake-oil salesman.

That's how I feel, asking you to buy something that I'm peddling when you know nothing about who I am. So! I will try to make you comfortable enough with me to spend the cash that you work so hard to earn.

I am not an English major by any stretch of the imagination. I barely graduated high school and flunked out of my probationary semester of junior college. It was not an auspicious start to an illustrious writing career, but Life has a way about it. It waited patiently as I engaged in all the self-destructive behaviors of Youth, and when the Better Judgment I had denied in those formative years finally revealed itself, Life stepped in with a question.

“Are you good enough to write a book?”

I liked reading, although I didn’t do that much of it. Usually on the beach during summer vacation. Clancy, Koontz, and Coonts were a couple of my favorites. King as well. But how could I write like those guys? Well, I couldn’t. But if I wanted to answer Life’s question, I had to learn the lessons that I passed up when I had the chance.

I knew I wasn’t stupid, just behind the curve. After the Navy, I went back to college at night. My grades surprised me; 3.0—even in English 101 & 102. I figured I had a fighting chance. All I needed was a refresher. So I took a couple creative writing courses at the local college, and found—to my amazement—that I enjoyed them.

“Damn! This is tough! And no, I’m not using too many exclamation points!”

A novel should start at around 80,000 words. Fewer than that and you have a novella; the novel’s little sister. So I plodded through, joined critiques groups, a writing site, and The Maryland Writers Association. Everything helped and the writing became better. Family and friends encouraged me, and I found that I had more money. Writing takes lots of time, so the nights I spent in the bar shooting pool had to go. Either that, or I shift to acting and audition for The Hustler. Not likely with my billiard skills.

I spent a shade over a year on the first novel, and it took 2nd place in a writing contest. I was elated ... until the thirtieth agent rejected it. It was then I realized that the first novel sucked, and after discussing it with other writers, it seems the first one always does. It’s all part of the process ... unless your name is Hemingway. But I kinda think that maybe his first wasn’t all that either. I had a decision to make. Keep trying ... or quit.

I quit a bunch of stuff in my life: the clarinet, high school baseball, college, Tae Kwon Do, three marriages, a couple of diets, and one or two lousy jobs. I didn’t want to quit this too, although writing was hard. But as I credited to Tom Hanks in an earlier post—

“If it wasn’t hard everyone would do it. The hard is what makes it great.”

I believe that to be true. If writing a novel wasn’t hard, anyone could do it.
Anyone....
At this stage of my life, with three grand children to look up to me, I want to achieve something more, even if it is just writing a book.

See ya next week.
DB 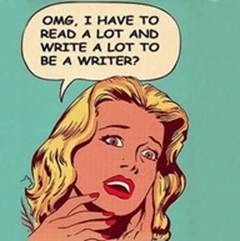 So you wrote a book. 85,000 words give or take. You sent query letters to many, many agents. Some used form letters to reply, and some didn’t reply at all. Those are especially annoying since they tell you, “If we do not respond, we’re not interested. Please wait four to six weeks for our non-response.” And you do. But when four to six weeks roll around, you forget who it was that you were waiting not to hear from. Others are civil enough to scribble a note saying, “Your work does not fit out needs at this time, but keep trying. We’re fairly certain someone will like it.”
Well, the “keep trying” part becomes tiring.
As an unproven writer, you don’t know if the problem is your work, if the agent is speaking the truth, or if it’s a little of both. You don’t trust your family or friends to proof your work and give you an honest critique, because if it’s bad, they will always lie to you in a misguided attempt to spare your feelings. And that’s the rub, isn’t it? The Catch-22! If they don’t tell you that your writing needs work, how can you hope to improve?
They will tell you what they think you want to hear because they don’t want to discourage you. If they discourage you, you might quit. If you quit, you may never amount to anything, and if you never amount of anything, it’ll be their fault.
So they lie.
They tell you they’ve never read such a great book in all of their lives. You see dollar signs, big houses on the lake, and throngs of adoring fans. You look in the mirror and see J.K. Rowling if you’re a woman, or Stephen King if you’re a guy (ok, maybe not King).
You get all revved up and submit a query, a bio, a synopsis, and a couple of chapters. Then, you wait. Eventually you come to the realization that rejection takes a very long time. Meanwhile, you find that insisting on an honest critique helps a little with friends and family, and they try, but they dip it in sugar so it’s easier for you to swallow, and the process starts all over again.
All of this is part of becoming a writer. It’s painful and it’s hard. But as Tom Hanks said in A League of Their Own—

“If it wasn't hard everyone would do it. The hard is what makes it great.” 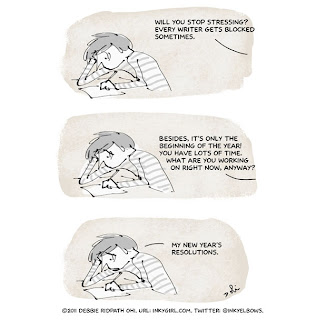 Yet another New Year. For me, the 64th of 64.
A bit late to start a writing career, wouldn’t you think? But I say, why not! Because as it is with each New Year, 2013 rings in with the promise and the celebration and the optimism of a new birth.
Is it a fresh start? You betcha! With all the potential and promise of a new day. Every New Year is. If they weren’t, what would we have? We may as well just go behind the barn and shoot ourselves ... unless we bought Apple at six.

In 2005, someone told me that I was a good writer, that my emails were compelling, and suggested that I write a book.
Write a book.
That’s what authors do.
That’s how authors make their living. They entertain the masses by taking them out of their humdrum, everyday existence into the dynamic lives of the people they’d like to be: cops and robbers, astronauts and aliens, witches and warlocks ... hustlers and hookers.
We all wonder ... what would it be like?
The author shows us.  Takes us there, and we become that which we seek; if for just a little while. The author has the power to transform our ordinary worlds into something extra-ordinary, and we seek them out in every bookstore we encounter.


Illustration used with permission from Debbie Ridpath Ohi at Inkygirl.com