I know this doesn't count as a blog ... but I just can't help myself! 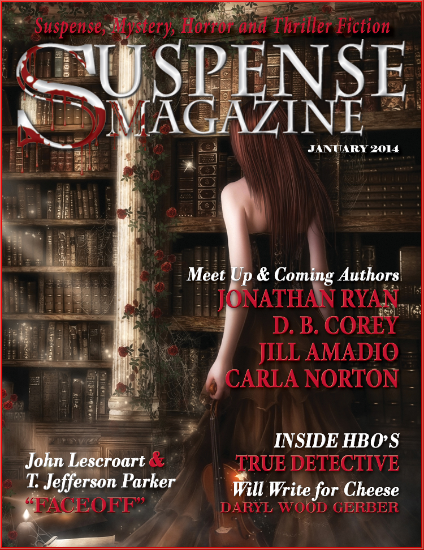 My very first interview in a major magazine.

I'd act like I've done it before, but I HAVEN'T!


This is just TOO COOL!

Posted by Unknown at 1:53 PM No comments:

It is the new way to market anything. LinkedIn, Facebook, Google+, there are more. But Twitter is rapidly becoming my favorite.

If you’ve read this blog before, you know I am a writer. Chain of Evidence, my debut effort, released last August. Since then I have been promoting the hell out of it on every platform I can access. I have several email addresses, a website, a blog, accounts on Google, LinkedIn, Crimespace, Goodreads, Gravitar, MARsocial, Meetups, Stumbleupon, YouTube, WordPress, Pinterest, two Facebook pages, (breath) and Twitter. Out of all these, Twitter is rising to the top as far as product exposure and branding, a word I seem to be hearing a lot lately.

I found not long ago that my on free Twitter account, I was limited to Following Two-thousand others. Up to that point in time, I was adhering to Twitter etiquette by Following everyone who Followed me. Made sense, since Twitter is all about numbers of Followers, and that it was only polite to Follow those who Follow you. The problem is, though, once you reach two thousand, that’s all you can Follow unless you want to pony up a few bucks, which I don’t. I gotta sell a few more books before that happens.

So I began looking at the Twitterers I Followed with a more discerning eye. I realized that most of the folks I Followed were writers like me, but some were artists … singers, actors, pretty faces … no one who could actually help promote me or do me any good. And after all, isn’t that what Twitter is supposed to do for you? So I began Unfollowing those who could not help me promote the book, to make room for those who could. Then one day, I saw it.

Authors Alliance? I’m an author. Maybe they’ll ally with me.
So I clicked their link.

#AuthorAlliance is where #Authors & #Readers come together. We promote 4 & 5 star #books in our tweets for readers' delight. #reviews#interviews #promotion
Earth · authoralliance.net

Wow! They promote books. I have a book. Let me Follow them and see what they’re about.

I went to their website and discovered that they did free book reviews. Long story short, I asked a young lady named Marlena H if she would be so kind as to review my novel. She accepted and posted it on the AA website. That was in September. She, and Author Alliance, and their RT’ers (that’s Re-Tweeters for you non-Twitter type) Tweeted the hell out of it, and still do. But that’s not all. Marlena tweeted that she was looking for authors to interview on her blog. I raised my hand and became her first interview. She still tweets that as well. If you follow me @dbcorey, you’ve more than likely seen a few.

That’s how it all started between Twitter and me. Following (no, not Twitter Following … just regular following); following you’ll see all the contacts I’ve made via Twitter in just two short months. All of the following (he-he-he) either reviewed the novel, or interviewed me on their blog, or both. Daria DiGiovanni interviewed me on her BlogTalk Radio show for an hour talking about Chain of Evidence and the writing process, and she Tweeted that for weeks leading up to the show.

We publish Women's Fiction from a feminist perspective because every girl deserves a little fiction in her life.
Chicago, IL · bravebirdpublishing.com
Bravebird Interview


Basically, it’s “Ask and Ye Shall receive.” Look for these folks. Search them out. Ask them to review your book and interview you or have you on their BlogTalk Radio show. It’s good promotion, and it’s just plain fun. Plus you get to meet a whole bunch of really cool people. I think you’ll find they are eager to help. If you think about it, they are promoting themselves by promoting you. They want to be known, and they want to be known because of books. Without you, they’d probably have to blog about food, yard work, or automotive repair.


Don’t overlook LinkedIn. A lovely woman named Marni Graff contacted me to “Connect” with her. She also reviews novels and conducts author interviews, and posts them on her blog. Look for mine come February 9th at AuntieM Writes.