What Causes a Month's Anticipation, a Night’s Sleep, and Three Minutes of Terror?

This August past, after Intrigue published Chain of Evidence, I discovered the value of marketing. I did the usual things, Facebook, Twitter, book signings, and conferences to name a few. Marketing is very time consuming, especially when you’re just learning how to do what needs to be done. Daunting, is a word I would use. One Sunday morning I tuned into my local station, an NBC affiliate, and saw one of the WBAL-TV11 personalities interviewing a local author on his new book.

I sat up and took notice.
How can I do that? I wondered.

I started sending emails to the station, and any producer they had listed on their “Contact Us” email link, all to no avail. I even tried engaging Intrigue’s marketing director, asking her to send emails or make calls to see if she could manage to schedule a spot.

Nothing drew a response.
Those folks are very busy, so I gave up on the effort.

Then, several weeks ago, Intrigue Publishing secured a spot at Baltimore’s City Lit Festival presented by the Enoch Pratt Free Library. They invited me to come, but it wasn't mandatory. I mistook the festival for another smaller one, and elected not to participate. It turned out to be a good decision.

While watching my morning news that Saturday, one of the station personalities, Lisa Robinson mentioned in an “oh-by-the-way” fashion that she was moderating a Q&A for one of the featured authors at City Lit. That’s when it dawned on me. It became clear as to which festival this really was, and that a WBAL personality would be on hand in the flesh. All of a sudden the planets had magically aligned. This was far too fortuitous to ignore.

When Opportunity knocks, one must answer the door.

I arrived at the festival a bit later and found Intrigue’s location within the library. The Intrigue folks are not local Baltimoreans and were unfamiliar as to who Lisa was, so I told them what I had in mind. I attended Lisa’s session and when she finished, I introduced myself. Minutes later, I ambled up to the Intrigue table with Lisa in tow. That’s when I stepped out of the picture so our marketing director, Sandra Bowman, could do her job. And what a fine job she did. Weeks later, she sent me notification that WBAL had scheduled me for a slot on Memorial Day weekend.

Begin four nerve-racking weeks anticipating how it would go, tossing and turning the sleepless night, and the minutes of terror leading up to the spot. All unnecessary.

Well, now I can say they were unnecessary; hence the benefit of experience. 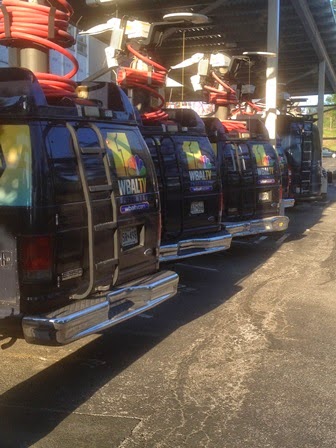 I drove to the station with the windows down so I wouldn’t sweat like a pig from nerves and arrived a full thirty minutes early. The guard, a woman with a smile that reminded me of everything good about people, escorted me to the studio where she turned me over to Lauren, the show’s director.

Lauren looked far too young to be directing a TV news broadcast, and I wondered if she knew that TV used to be in black & white. She was attractive, very friendly, and had a soothing demeanor about her that said “relax.” Well, she actually said, “relax,” and then added, “you’ll do fine.”

I wasn’t so sure.

Enormous overhead lights lit up the set, but I found they weren't hot, as I expected. I fully thought I’d be sweating my bald head off under those things, but as I realized afterward, I didn’t perspire a lick. The famous “Green Screen” took up a full wall to my left, and three TV cameras were stationed around the news and weather sets. They moved about the floor by themselves and Lauren expertly avoided them, occasionally engaging controls attached to each unit, and I watched in wide-eyed wonder.


As I sat in a chair off-set, Lauren directed my attention to the brightly illuminated news desk. “You’ll be working with Lisa,” she said, and gestured with her hand.


I looked around the camera to see Lisa Robinson studying her notes. “You’ll be up in about ten minutes,” Lauren added. Then she smiled and went about the business of broadcasting. At sixty-five years-old, there ain’t a whole lot that can impress me anymore.

So for the next few minutes I chatted with the gal who would be up after me. She was doing a spot on doggie ice cream, and even brought a Chihuahua with her. I tried to pet him, but I think he smelled Murphy, my chocolate lab, and would have nothing to do with me. That’s when Jennifer Franciotti, the other half of the weekend morning team, walked up. She was as sweet and friendly in person as she is on TV, every bit as pretty, and walking around the set bare-footed. I found that immensely attractive in a folksy kind of way, and couldn’t help but smile. We chatted for a few minutes and she reassured me that everything would be fine. She walked me to the news desk and sat me next to Lisa. “One minute,” Lauren said. Jen offered a reassuring smile and moved off set.

At this point I would normally describe what came afterwards, but in this case, I have video, and all I have to do is say, “Roll tape.”

When all was said and done, it wasn't as traumatic as I had envisioned. Everyone said I was (insert cool adjective here), and didn't seem nervous at all.

I think, if I manage another Live TV interview, I may take it more in stride. At least I hope I will. I don't think I can take another month like the last one.

Please follow by email (on the right).
It makes me look good to my boss.

When I was a kid, my father always said that TV would rot my brain. Back then, perhaps he was right, but fortunately, only part of my brain rotted. The rest is fairly intact. I know this because tonight, I had an epiphany. TV taught me something about writing.

I am a huge fan of The Blacklist. James Spader won me over when he played Daniel in Stargate back in 1994, one of the most awesomest movies EVER! But that aside, The Blacklist is wiping up the Monday night ratings.

Have you ever heard of a Lexical Ambiguity? Sure you have; you just didn’t know what it was. Don’t feel bad, neither did I. Of course, I’m hardly a bastion of grammatical knowledge. I will say that I’ve learned more in a few years as a writer than I ever learned in high school, but that should surprise no one, considering today’s high schools.

In the season finale of The Blacklist, several characters were engaged in dialogue as to the identity of the bad guy. There was a flashback to several suspects who all said the same thing about a passenger handcuffed to a guard in an aircraft who escaped after the plane crashed.

How would you interpret that statement? There are two guys, one good, one bad, handcuffed together when the plane crashed. The bad guy escaped. The guard is in the hospital.

Noun: Lexical Ambiguity – the ambiguity of an individual word or phrase that can be used (in different contexts) to express two or more different meanings.

So? Who cut whose hand off?

I run into this all the time in my writing. It’s confusing. Who did what to whom? There is no way to tell when out of context, and sometimes, even in context. So to get around this ambiguity, I use the character’s name on one side of the sentence so the reader doesn’t go … “Huh?”


And I’m not telling who did what to whom.
Sorry.


Please subscribe to this blog if you like it.
Or even if you don’t like it.
My family refuses, but it makes me look good to the Boss.

In my short writing career, I've been to five writers’ conferences. Malice Domestic was the fifth. “It’s more about networking than selling books,” a colleague told me. He was right. I sold exactly one. But I thought I’d go and try to make good use of my people skills; a concept that went right out the window the second night. 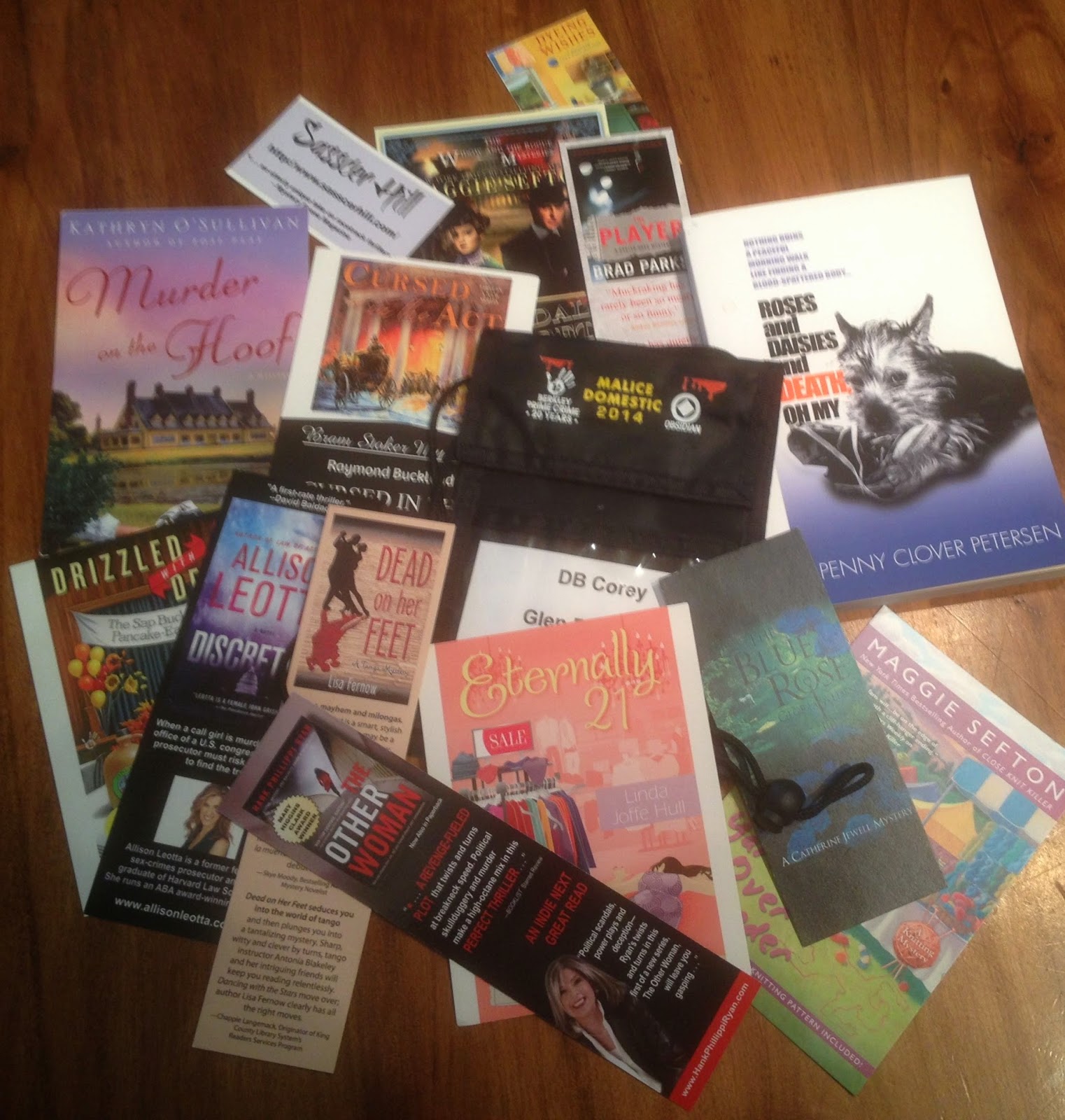 Friday started things off with an introduction for first-timers like me, followed up by The Malice Go Round, a speed dating clone where authors moved from table to table introducing themselves, dropping business cards and the like, and pitching their latest efforts to fans and others. The rest of the day included a crime lab talk by the very entertaining Max Houck, Director of DC’s Forensics Lab, and other sessions geared toward the conference, and Agatha Christie.

On Saturday, things really kicked off. Authors began arriving, some from as far away as the west coast, Canada and the UK. They checked in and sat on panels that included talks on various aspects of mystery writing such as theme, characters, history, sexism, paranormal, and romance, to name a few. There were master classes conducted by experts in the fields of poison, forensics, and police procedure, anything and everything one would need to write a really, juicy, mystery. 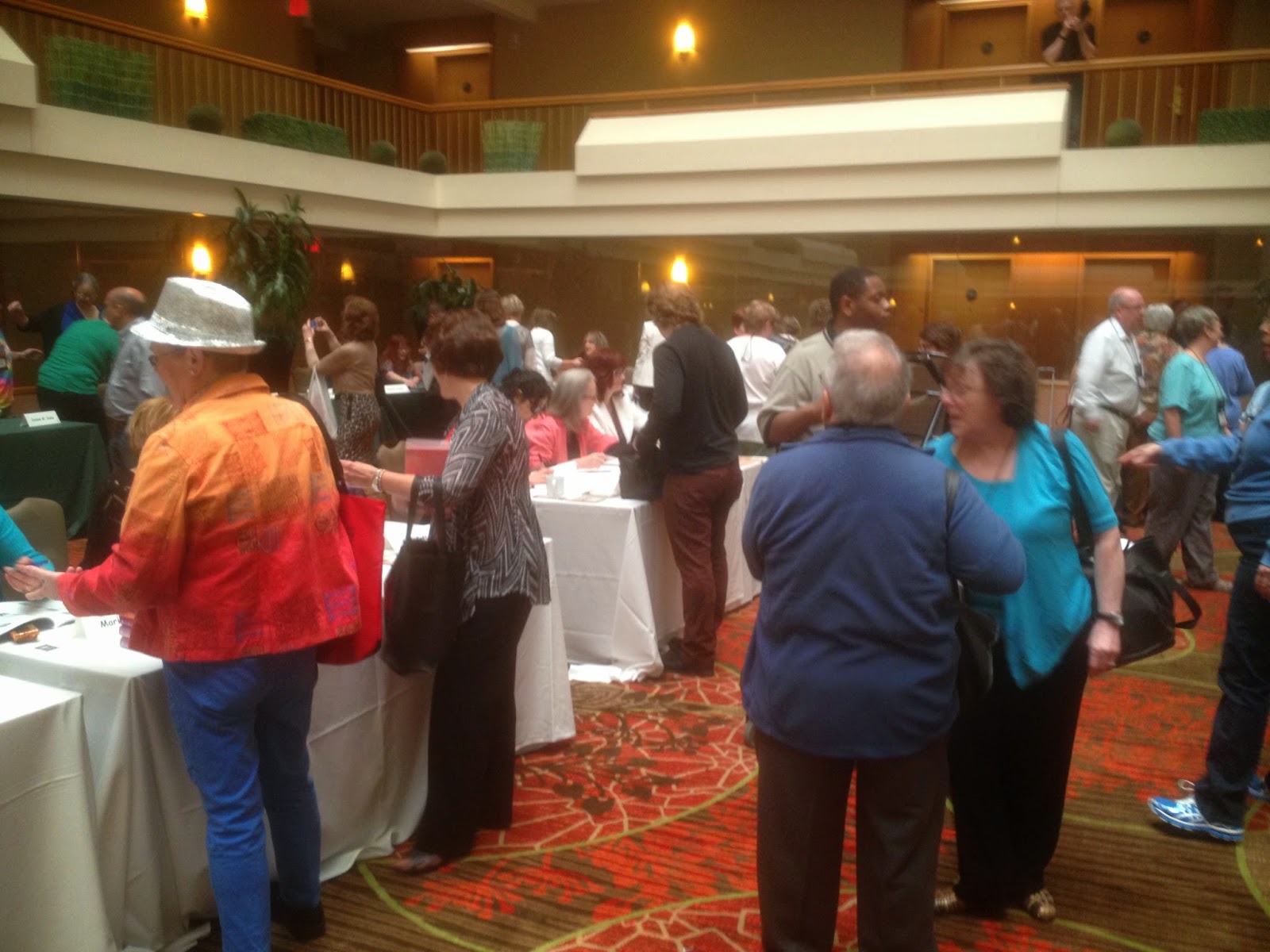 When the day began to wind down, authors assembled to sign their books for anyone who wanted autographed copies, and I began to notice the women filtering in, most wearing lovely evening gowns, to join their significant others for the cocktail hour that preluded the Agatha Awards Banquet.

Throughout the event I bumped into several authors I already knew; Allison Leotta, Tracy Kiely, and Penny Clover Petersen. But I also met many authors for the first time, writers such as Hank Phillippi Ryan, Brad Parks, Sasscer Hill, Kathryn O’Sullivan, and Anne Cleeland. You can imagine my delight when I introduced myself to Anne, and she said, “Yes. I know who you are.”
Absolute heaven for a new writer like me.

So putting my people skills to work proved fruitful, until I was about to leave. I am a Field Engineer by trade. An IT Specialist. I fix things and answer questions. So when one of the women on the elevator pointed to a section of unoccupied elevator floor and said, “I don’t understand why the Concierge wouldn't let anyone else on,” I took it upon myself to provide her an answer. 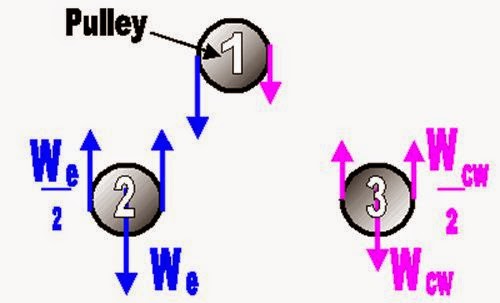 But it seems that instructing an elevator full of women on the dominant physics of weight-loading factors vs. power-lift ratios of a small box full of people, is not such a good idea—no matter how well intentioned.

They all turned on me like a pack of hungry jackals.

After that, it was like saying the F-word in front of a nun. Nothing good could possibly come of it.

Perhaps my next book should be on elevator etiquette ... and weapons to carry.

Posted by Unknown at 2:04 PM No comments: