Why Won’t We Read the Classics?


From Wikipedia:
“In his ‘Disappearance of Literature’ speech given over a century ago in 1900, Mark Twain said, (referring to a learned academic's lofty opinion of Milton's ‘Paradise Lost’) that the work met the Professor's definition of a classic as ‘something that everybody wants to have read and nobody wants to read’." 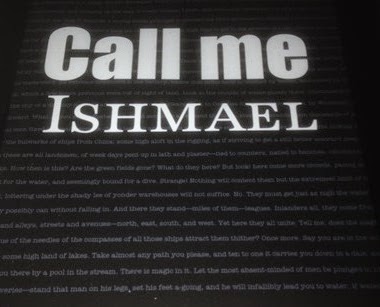 I got the gist of Mr. Twain’s quote because I once decided I wanted to read Moby Dick. “Call me Ishmael.” What a cool opening line. The wife actually got me that piece of dialogue in a frame for my office wall; not to apply immense literary pressure mind you, but it does peer critically down upon me from on high; as if I had a chance in hell of ever writing like Melville.

With the exception of high school, where I had to read The Old Man and the Sea by Hemingway, reading a classic would never have been on my radar prior to my delving into writing. But when I did, I began to wonder what it was that made a Classic, classic. Since I knew the story of Moby Dick, I decided I should try one I knew nothing of. So I asked for several titles for Christmas. And I got them. I Robot by Isaac Asimov was one I really wanted to read, but I knew that one from the movie (yeah, I know … not the same, but humor me). Stranger in a Land by Robert A. Heinlein was another, but Santa didn’t leave it. He did, however, bring me Brave New World by Aldous Huxley, and I found that pronouncing his first name was nearly as difficult as reading the book.

Written in 1932, BNW is a dystopian tale of future Earth, where advanced genetic engineering allows the State to control every aspect of human reproduction and intelligence in order to maintain specific classes of people, from the brainless Epsilon-Minus Semi-Moron for laborious menial tasks, all the way up to the elite Alpha-Plus, the caste that would be future World Controllers. Assembly line people. And it was Henry Ford’s concept of the assembly line that Huxley demonized in BNW.

Besides the technical differences in the writing—single quotes around dialogue as opposed to double quotes, EM dashes with a space on either side, to name but two—the opening chapter of this book (twenty pages) could be considered a massive information dump delivered by characters through dialogue; done well, mind you, but an info dump none the less. After a while, it became tiresome. Today’s novels jump right in so as not to bore the reader.

The first paragraph:
A SQUAT grey building of only thirty-four stories. Over the main entrance the words, CENTRAL LONDON HATCHERY AND CONDITIONING CENTRE, and, in a shield, the World State's motto, COMMUNITY, IDENTITY, STABILITY.
The second paragraph was more setting.

I also picked up on a fair amount of multiple POV shifts in short bursts with little attribution, which caused me to lose track, go back to see who was talking, and eventually, stop reading—a bad habit I’ve developed from being rejected by agents so many times. The story finally began midway through chapter three, but by then I’d had it. I expect I’ll pick it up at a later date and finish it, and not just so I can say that I’ve read it. I’m sure it’s a bit like 1984 by George Orwell (which I read while in the Navy), and I’m certain I’ll enjoy it as soon as it gets started.

It’s interesting to me that, just twenty years later, in 1951, Hemingway wrote The Old Man and the Sea, and the trend of opening with characters in action is there, as evidenced by his first paragraph. 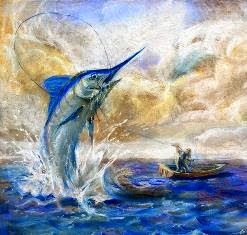 He was an old man who fished alone in a skiff in the Gulf Stream and he had gone eighty-four days now without taking a fish. In the first forty days a boy had been with him. But after forty days without a fish the boy’s parents had told him that the old man was now definitely and finally salao, which is the worst form of unlucky, and the boy had gone at their orders in another boat which caught three good fish the first week. It made the boy sad to see the old man come in each day with his skiff empty and he always went down to help him carry either the coiled lines or the gaff and harpoon and the sail that was furled around the mast. The sail was patched with flour sacks and, furled, it looked like the flag of permanent defeat.

Man! Takes my breath away. Sets the tone, introduces the main characters, and speaks to the old man’s conflict.

So I think I understand why we won’t read the Classics, as Twain says, even those we would like to say that we have, if only to sound learned around our peers. In some cases, like that in Huxley, the writing is old fashioned, with outdated styles and antediluvian vocabulary and technical differences. They read nothing like those of today’s writers, and we may as well try to read the poetry of Shakespeare’s plays, but I think it better to attend the performance.

I like to think our generation is busily cranking out new Classics that won’t be read by future readers who will more than likely say … “King? Rowling? Clancy? Yeah, I’ve read them.”